The History of Nalanda

Nalanda, the home to World’s first  known University and a giant center of Learning  is located some 90 km east of Patna and 62 km from Bodh Gaya. The University does not exist now , but its remains clearly hypnotize  us with its marvelous ancient Architecture.

Nalanda dates a name in history since the time of  Lord Buddha, who visited this place many times, but the University came up only during 5th Century AD. Chinese Traveller Hieun Tsang  came  and stayed here in the 7th century AD and left detailed description of the excellence of education system and purity of monastic life practiced here.  He also gave a vivid account of both the ambiance and architecture of this unique university of ancient times. In this first residential international university of the world, 2,000 teachers and 10,000 monks students from all over the Buddhist world lived and studied here.

The university was considered an architectural masterpiece, and was marked by a lofty wall and one gate. Nalanda had eight separate compounds and ten temples, along with many other meditation halls and classrooms. On the grounds were lakes and parks. The library was located in a nine storied building where meticulous copies of texts were produced. The subjects taught at Nalanda University covered every field of learning, and it attracted pupils and scholars from Korea, Japan, China, Tibet, Indonesia, Persia and Turkey. 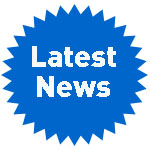 Places to visit in Nalanda